Where the hate comes from -- The rat in us

The following article is a translation of an essay by Christian Stöcker published here in 2016.

After all, we humans think of ourselves as very complex and profound creatures. We owe this idea to self-explanatory systems like psychoanalysis, elaborate stories about how our own behavior comes about. Original ideas like the one that all male children want to sleep with their own mothers. Or the one that there is a close relationship between infant defecation and later orderliness.

In fact, large parts of human behavior can be explained by far simpler - and also less unsavory - models. For example, just like all other animals, we respond to reward and, albeit less well, to punishment. And we do so so reliably that we constantly make the wrong choices, even though we should know better. Gambling addicts, for example, know exactly that the bank, or more often: the machine, always wins in the end. Nevertheless, they throw in euro after euro. Why? Because they do win from time to time. In behavioral psychology, this is called intermittent reinforcement: If the test animal does not know when the next reward will come, it presses the lever particularly persistently, hoping that the Skinner box will spit out another food pill. Except that the rats with which such experiments were originally conducted didn't throw in any money. Yes: rats. Sorry. That's how simple we are in some respects.

Unfortunately, the rewards that are easy to get and consume are also the ones with the nastiest side effects. Alcohol, for example. Sugar. Nicotine. Chrystal Meth.

Money or love? None of this is necessarily related to stupidity: some of the most intelligent people in history have been alcoholics or gambling addicts. The rat in us, when things go stupid, prevails even against the strongest intellect. The ultimate reward in the capitalist present is, of course, money, because it can be exchanged for almost any other reward except the best, most important, and most lasting: love. Another reward, on the other hand, is available to virtually anyone and, at first glance, is completely free. And with that, we approach the question of where all the hatred that seems to be eating away at our societies at the moment comes from.

Social psychology knows a simple method that can make almost anyone in almost any situation feel a little better right away. This method is called, somewhat elegantly, downward social comparison. It has a rewarding effect on people to look down on others. This is not a nice trait, but in certain clearly defined areas it is a very effective one: "It doesn't rain in my straw hut, but it does in yours. More wheat grows in my field, my cows are fatter than yours - for many millennia, these were perfectly sensible criteria for success. And meaningful motivators for the underdogs to finally mend the roof or perhaps plow the field before sowing. The whole capitalism of today only works because downward social comparison - my success, your failure - is such an effective motivator.

Unfortunately, we don't need real, tangible reasons for downward comparison. It can be enough to find someone else stupid simply for the sake of one's own well-being.

This method is not dependent on the personal economic or other success of the individual. There are heavily rich racists, anti-Semitic movie stars and misogynistic top athletes. However, one must be honest, it is more likely that someone will use looking down on others to increase their own well-being when they are not doing so well. Even an unemployed, lonely man in his late forties still has the option of looking down on evil Muslims if he's looking for a quick dose of downward social comparison.

There is good news in all of this, however: we can be different. Unlike animals, humans can refuse the simplistic reward scheme, motivated by a greater good. Alcoholics get sober because they want to keep their families, gambling addicts stop gambling because they care about their homes. And entire states turn away from their racist ideology because it has been found to be wrong, in defiance of the reward principle. In fact, there are many examples of societies saying goodbye to the quick dose of hate because they collectively had the greater good in mind, sometimes even without war. The success of the American civil rights movement is one example, the end of apartheid another, women's suffrage, increasing equality for homosexuals, and so on. We humans can do this: say no to the quick fix. Ethics can triumph over reward-seeking. And has done so again and again just in the last few decades.

The most important conclusion to be drawn from this realization is this: The understanding so often called for at present for those who use racism, sexism, homophobia, and so on as crutches for their own self-esteem is misguided. You don't help an alcoholic by showing understanding for his addiction.

You help him by supporting him in getting away from alcohol. And ideally, to this end, to rebuild his life in such a way that he finds other ways to feel good.

You can discuss this article here

The 7 Sins of Essays And How Not to Commit Them

In this article, the experts of 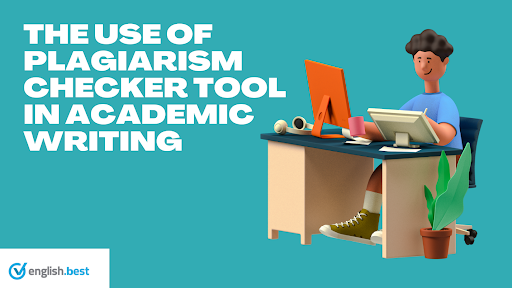 The Use of Plagiarism Checker Tool in Academic Writing.

Plagiarism is unacceptable conduct that cannot be overlooked in academic writing. The Internet is the easiest accessible source for students where they can intentionally 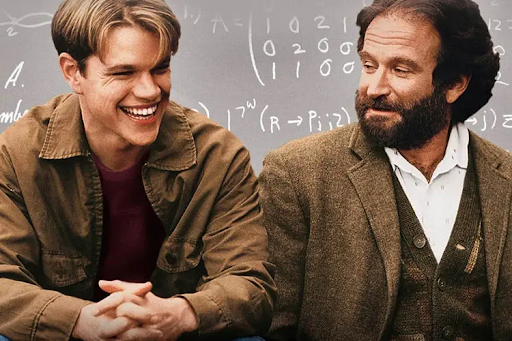 5 life-changing lessons you could learn from "Good Will Hunting"

Robin Williams had many iconic film roles during his life, but one of his most profound was the role of Sean in Read more